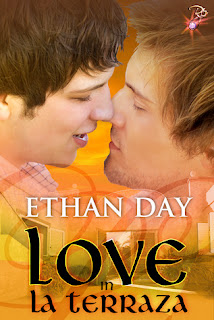 Damn this was HOT Jeepers Ethan Day is writing some fuckhawt dirrrty sex lately...And so fucking FUNNY too, I was laughing my ass off through the whole book.

I thought I was gonna die! One minute I'm laughing so hard I can't breathe, and the next I'm reading sex so fucking HOT I'm practically hyperventilating...The man is gonna kill me one of these days. Do I care? NOT IN THE SLIGHTEST, this book like all of Ethan's book gave me just the right dose of sweet, sexy, super super funny, light story with a fiesty and totally endearing MC who finds a strong man to love him for just exactly who he is with a cast of characters that were just delicious and funny and just...DEELIGHTFUL. I've said it before and I'll say it again, this man's books HAVE GOT TO BE MADE INTO MOVIES!


So we have Cain, he is 27 and cute and hilarious and in a super bad spot. He is about to lose his apartment building La Terraza which was left to him by his grandmother. He loves that place, he loves his tenants. Cain didn't go to college or anything (which is source of insecurity for him) but he has made a life for himself as landlord of that building which means everything to him. He is desperate at this point, and pretty much at the end of his rope. After receiving super crappy news about another loan that was denied he meets with friends at a pub, and ends up picking up a delicious trick with the name of Herny Abrams. Henry Abrams, 31, architect, who has just moved into town. The mans turns out to not just the hottest fuck that Cain has ever had in his short, but VERY slutty life. He is KIND, and he wants to stick around like A LOT. Little problem is the firm that Henry has been hired by is the one that wants to take La Terraza from Cain...DRAAAAAMAAAAA!


Loved Henry and Cain. They were very sweet, the tenants in the building were FAB especially the Scalia brothers Tony and Vito and as always the parents were batshit crazy and so fucking funny I thought I'd die laughing.

I won't even prentend I don't have a soft spot for Ethan's books. I do! So what?! Is it my fault the man writes awesome books?! No it is not, but I'm fucking glad I get to read them.

Charlie and Mitch's book is next right?! RIGHT?!

Love in La Terraza can be purchased at Resplendence Publishing

Posted by Lauraadriana at 12:06 PM 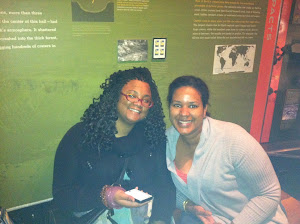